What is Agrément SA certification?

Agrément SA certification provides reassurance that a product is fit-for-purpose through an objective assessment by an independent organisation with over 30 years’ experience in evaluating non-standardised building and construction products.

In March of 2012, Transgariep Infra (TGI) was awarded a tender to build a school in Olievenhoutbosch, Gauteng. Razorbill, a UCO SolidWall Building System licensee, was sub-contracted to complete the project and did so using light steel frame along with the system. This project, a great success, turned heads at the Gauteng Department of Education, not only because the school was built using an ABT, but also because the project was completed well within the allocated timeframe of 24-30 months for a conventionally built school. The Olievenhoutbosch project was completed in a mere 8 months.

Based on this success, Transgariep Infra were awarded another school project, Shoshanguve, the first ABT school that is totally off-grid, using solar energy and a sewage recycling plant. This 4500m2 project was also completed in a record period of 8 months. 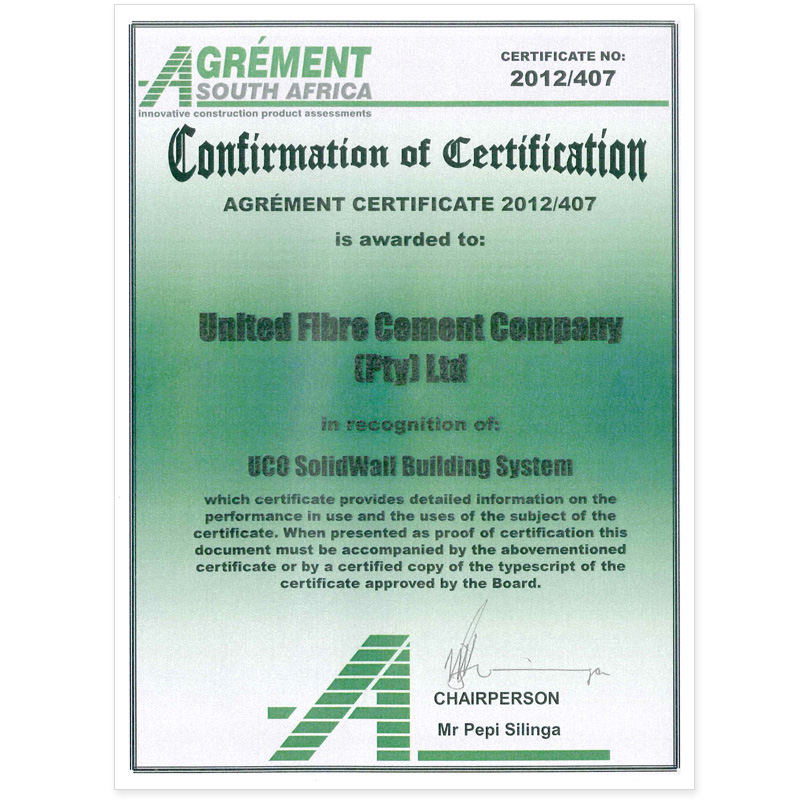 All UFCC products are asbestos free